4.5 Minute Thrombectomy Using the ADAPT-FAST Technique and the ACE68 Catheter

In June 2016, Jonathan R. Lena, M.D., a neuroendovascular surgeon at the MUSC Health Comprehensive Stroke & Cerebrovascular Center, performed a thrombectomy in record time—five minutes instead of the 40 to 45 minutes that is often required—using the new ACE68 catheter (Penumbra) and the ADAPT technique that was pioneered at MUSC Health. 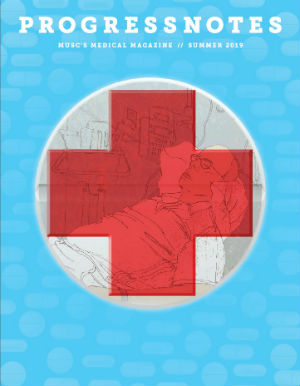