Clinical trials are not something people outside of healthcare know much about. Like most folks, Kristy Douglas and Danae Westendorf had never given much thought to how new treatments are developed - until they had to. 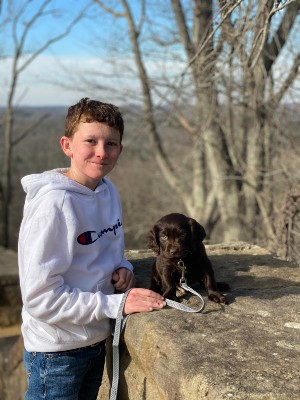 For Kristy, it started on a cold Saturday in November. "My twelve-year-old, JD, was sitting around a fire with some friends. His dad went in the house for a minute, and, suddenly the kids came running in screaming and JD's clothes were on fire," says Kristy. "They'd wanted to see what would happen to a spray-can in the fire, and it exploded. His whole right side caught fire." She rushed to the emergency department in Walterboro where his father had taken him. "The doctor knew right away, JD needed to get to MUSC. His arm was burned so bad, it was tight - like it was just a bone. The skin was all black and blistered and his freckles were falling off. I was terrified," she remembers. Aaron Lesher, MD, a pediatric burn surgeon at MUSC Children's Health was there when JD arrived. "He had large, partial-thickness burns over about 16-percent of his body surface area," says Lesher. "We sedated him to clean the dead skin. They were pretty deep, extensive burns, so he was at high risk for needing a skin graft."

For Danae, it was a July afternoon. She was getting ready to leave on a family vacation, when her father called to say she needed to come home right away. "Addie, my fifteen-year-old daughter, was frying churros with her little brother and the oil caught fire. She panicked and took the pot to the sink, but when she turned the water on, the whole thing exploded. Flames went all the way up the kitchen wall," says Danae. "She turned to the side, but her hand got really badly burned. She seemed calm, but when we saw her arm, we knew she needed to go to the emergency room." That physician referred Addie to a burn center and gave them several options near their home in western North Carolina. Despite the distance, they chose MUSC. "My husband had a feeling that MUSC might be our best bet, since they have a children's hospital and a burn unit. Dr. Kahn got on the phone with us and, after talking to him, we agreed it was where she needed to be," says Danae. "The next morning, we drove down to Charleston. They took one look at her hand and said she needed surgery." Steven Kahn, MD, Chief of Burn Surgery, who provides pediatric burn care at MUSC Children's Health explains, "Grease burns are typically quite deep, and Addie had a deep, partial thickness burn over a large part of her hand, with some third-degree areas. It's important to treat a burn like that at a comprehensive burn center with specialized services because the hand is so important for daily functioning. For someone Addie's age, the South Carolina Burn Center is an ideal place, because of the vast array of both burn and pediatric expertise." 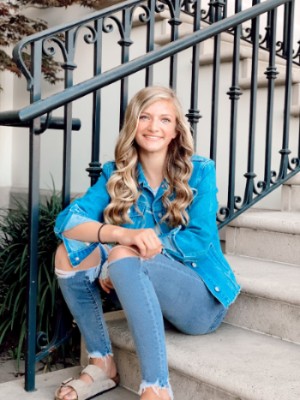 Neither family knew that choosing the MUSC Shawn Jenkins Children Hospital put their child at one of the few centers in the nation participating in the pediatric clinical trial for a cutting-edge burn treatment called, RECELL®. Although FDA-approved for use in adults, clinical trials of RECELL® in children had only just begun. As a participating trial site, the South Carolina Burn Center at MUSC can offer this minimally-invasive, regenerative therapy to eligible patients. "This technique lets us avoid doing a skin graft where we take a big sheet of skin from a donor site and apply it over the burn wound area. With RECELL®, we take a small piece of skin and create a skin-cell suspension that's sprayed onto the wound in a nice, even distribution. The solution isolates only the stem cells that are needed to generate new skin - melanocytes and keratinocytes - so the patient can regenerate their own new skin in the wound. An old-fashioned skin graft can only cover the area of skin that the size of the donor skin can cover. With RECELL®, we can multiply the area covered by a factor of 80. In other words, the small skin that is harvested can be expanded by up to 80 times the original size. It's a game-changer in the world of burn care," says Lesher.

But, agreeing to an unapproved treatment for your child, is not an easy decision. "When they told us it was a study to find out about using it on kids, we were like, 'Absolutely not,'" says Kristy. "But JD is very active - he's always outside - and I thought about what it would be like if he was stuck inside for months. I went to the chapel and prayed and prayed. I felt like God said we should try it. If people don't try new things, how will we ever know what works?" Although pediatric use of RECELL® is relatively new in the United States, it has been used on children in other countries and found to be safe and effective.

"JD had a fantastic outcome," says Lesher. "His burns healed in a week, and he was spared having a large skin graft." Kahn agrees, "Without a surgical procedure, he would have had an open wound for weeks to months, more pain, and it would have formed thick, unsightly scars that could potentially interfere with his movement. Without RECELL®, I think he would've had a longer recovery period and significantly worse scarring in the deeper spots. It's really an advanced reconstructive, regenerative technique."

Danae and her husband also allowed Addie to receive RECELL®. "We spared her a traditional graft, so she has the full mobility and function of her hand," says Lesher. "If she'd had a traditional skin graft, she'd have had to wear a compression garment and deal with wound hypertrophy and scar contracture issues." In addition, RECELL® patients have substantially less post-operative pain, fewer dressing changes, and a smaller donor site. "It was so hard as parents to watch her having such terrible pain during the bandage changes," says Danae. "We're grateful she didn't need to go through that so often."

At MUSC, care for children with burns also extends beyond their physical wounds. Pediatric psychiatrists and psychologists are included on the care team, because traumatic injuries like burns often have long term ramifications. "He has nightmares about it and a lot of anger at himself," says Kristy. "I'm so grateful he has someone to talk to and work through it with him. It helps him a lot knowing that he's not the only one, and everybody makes mistakes."

As they move forward, both families feel fortunate that they came to MUSC where their children could get the most advanced burn treatment available from a multi-disciplinary team of pediatric specialists. "Parents should not hesitate to put their whole confidence and trust in this team - they really are experts," says Danae. "We just could not have been in better hands." Kristy agrees, "So many people went above and beyond for us - the doctors, the nurses, the physical therapists who got him walking again, even the house-keeping people. Everyone was just really amazing."