Editor’s note: Immigrants significantly impact many aspects of our daily lives. This is part one of a series of stories highlighting the contributions of a talented group of MUSC researchers.

What would the world look like without alternating current, a system designed for long-distance, high-voltage power transmission? Without nuclear reactors? Without the theories of relativity and quantum mechanics? Thanks to decades of hard work by scientists such as Nikola Tesla, Enrico Fermi and Albert Einstein, all of whom were immigrants, we don’t have to imagine such a world because ours enjoys all of these advances.

Our world would certainly be a different place without the development of a safe and effective SARS-CoV-2 vaccine to provide protection against COVID-19. Hungarian-born scientist Katalin Kariko, Ph.D., and Pennsylvania University’s Drew Weissman, M.D., Ph.D., helped to develop the technology used to make these lifesaving vaccines.

America’s robust research enterprise has attracted international scientists such as these. The U.S. has been the scientific leader for more than a century, and, in fact, outspends all other countries — including those of the European Union combined — in funding scientific research. It also publishes the largest number of scientific articles, and U.S. scientists have received 342 Nobel Prizes in Chemistry, Medicine or Physics. Of those awardees, more than one-third (117)were immigrants.

A recent article published in the Journal of Clinical Investigation by Hollings Cancer Center researcher Sophie Paczesny, M.D., Ph.D., highlights the importance of diverse representation in STEM (science, technology, engineering and math) careers. Over the past decade, the percentage of immigrants in the biomedical workforce has increased from 8% to 18%. Furthermore, of the nearly 80,000 postdoctoral scholars in the U.S., nearly 66% are international scholars. 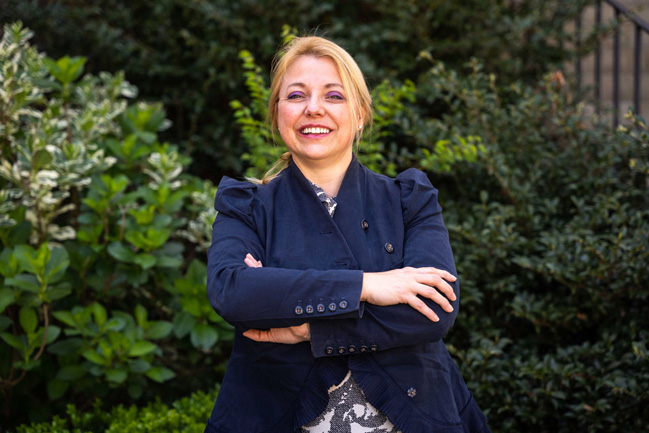 Sophie Paczesny, M.D., Ph.D., is chair of the MUSC Department of Microbiology and Immunology.

While these statistics highlight the growing contributions of immigrants to STEM, they belie the fact that significant barriers exist to immigrants’ ability to study and train in the U.S. Despite these barriers, researchers at MUSC exemplify the cultural, intellectual, and scientific benefits that a diverse research community brings.

Investment in a diverse future

Paczesny has extensive experience with the immigration system. She completed her medical degree at the University of Strasbourg in France, where she studied pediatric hematology and oncology. She then immigrated to the U.S. in 2000 to pursue a Ph.D. in immunology. Upon completion of her doctoral degree, she returned to France to be a physician-scientist.

But she soon missed the intensive research she did during her Ph.D. work. She came back to the U.S. and completed a second postdoctoral fellowship, studying graft-versus-host disease. In 2012, she joined MUSC as chair of the Department of Microbiology and Immunology and co-leader of the Cancer Immunology Program at Hollings Cancer Center. These experiences and positions have led to a broad understanding of why diverse work environments are important and how to navigate the complex immigration system.

“The reason the U.S. still has so many immigrants is that it is the best place to learn and do research,” said Paczesny.

Immigrants are a good investment for the U.S., according to Paczesny. Immigrants who pursue STEM careers are often highly educated and represent the best of their countries. Following the completion of their rigorous curriculums, these trainees continue to invest in the U.S. and work in industry and academic settings.

In her commentary, Paczesny points to recent changes that threaten the continuation of the U.S.’s preeminence in research. These include changes in immigration policy, reduced total federal research dollars and even COVID-19. The good news is that each of these hurdles can be cleared in the near future.

Paczesny’s vast career in oncology, immunology, stem cell transplantation and T-cell therapy has put her at the forefront of using the body’s own immune system to target and kill cancer cells. As a physician-scientist, her work straddles both the bench and the bedside.

“Contact with patients is gratifying, but you’re applying what other people discover. That’s not very satisfying when you enjoy thinking,” said Paczesny. “In research, you actually bring the new treatment, and that’s really satisfying. When you have a breakthrough, that’s exhilarating; when you see the possibilities for patients, it’s awesome.”

The U.S. offers scientists, and all citizens, access to a tremendous amount of information. This enables people to connect, exchange ideas and share different points of view more easily. It’s a level of freedom that not many other countries share and one that also enables rigorous and prestigious scientific training.

That training led Betty Tsao, Ph.D., professor and the Richard M. Silver Endowed Chair for Inflammation Research in the Division of Rheumatology and Immunology, to come to the U.S. many years ago for graduate school, where she studied biochemistry. 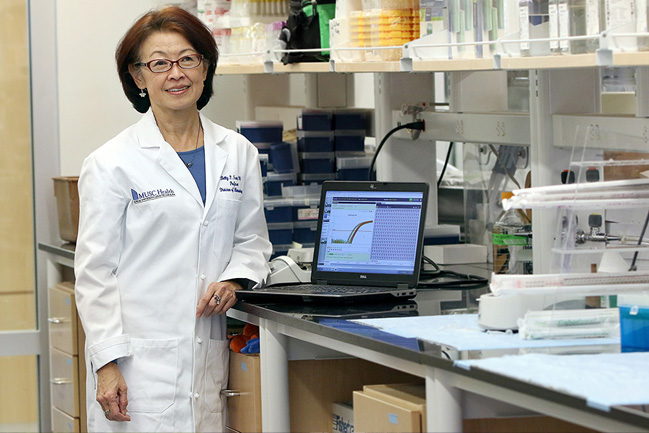 Betty Tsao, Ph.D., is a professor and the Richard M. Silver Endowed Chair for Inflammation Research.

One of her biggest hurdles in coming to the U.S. was the language, a common experience for many immigrants. She grew up speaking Chinese and found it challenging to write effectively in English. But that has not stopped her from running a successful lab that studies the underlying genetic components of lupus. By studying the molecular and cellular pathways of these genetic differences, her lab hopes to identify novel therapies for lupus.

“That’s a great feeling, charting new territory where no one has been before and gaining new knowledge,” said Tsao. “Those are things we treasure.”

As a scientist, Tsao also treasures diversity and the accompanying benefits that an international team brings. Her international trainees are often impressed by the hospitality of their neighbors. And as trainees make decisions about their futures, Tsao believes these positive experiences will reinforce the image that the U.S. is an open and welcoming place. If some trainees decide to return to their home countries, they will be poised to be goodwill ambassadors and strive to continue positive partnerships with the U.S.

But not every trainee has those same positive experiences.

“Recently, Asian Americans have been experiencing a wave of hate crimes,” said Tsao. “They are now more wary of strangers getting too close if they don’t know their intentions.”

While these negative interactions may not have many short-term consequences, considering that the U.S. is the preeminent country for scientific research, it is unknown whether there could be long-term consequences.

Science as a mini-United Nations

Emigrating from Ankara, Turkey, in 1989, Besim Ogretmen, Ph.D., professor and the SmartState Endowed Chair in Lipidomics and Drug Discovery, arrived in America at a time when recruiting foreign scholars was less complicated. 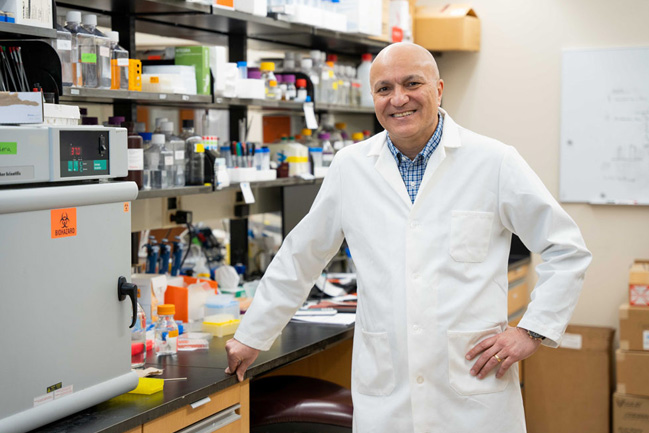 Besim Ogretmen, Ph.D., is a professor and the SmartState Endowed Chair in Lipidomics and Drug Discovery..

“When I first came, it was much easier to recruit students and postdocs from other countries,” said Ogretmen, who is also director of the Lipidomics Shared Resource at Hollings Cancer Center and leader of the Hollings Developmental Cancer Therapeutics Research Program. “Things have changed, and I think the world has changed.”

These hurdles and barriers to immigration have led many international students to consider positions in Europe and other places, rather than coming to the U.S., according to Ogretmen. This decrease in the pool of talented applicants makes it difficult to continue the cutting-edge research for which the U.S. is known.

“My lab is like the United Nations,” said Ogretmen. “In science, different points of view are critical to understand alternative ideas and hypotheses. The U.S. is built on immigrants and a combination of different ideas. We shouldn’t lose track of that.”

Ogretmen has led a successful laboratory for decades. His lab studies the intersection of lipid metabolism and cancer biology, tackling questions such as how cancer cells control their growth and how they communicate with surrounding cells, especially immune cells. The ultimate goal is to improve cancer outcomes for patients.

“I don’t consider it a job; it is a lifestyle — how to ask questions and find interesting results. At the end, can we take these results and improve somebody’s life and maybe cure cancer one day,” said Ogretmen. “I still have that fire in my belly to wake up in the morning and come back to work.”